What are the most expensive CryptoPunks NFTs?

“Let ya hair down, baby, I just hit a score
Pick any place on the planet, pick a shore
Take what Forbes figured, then figure more”

If you follow the man, Jay Z, on Twitter, you have seen his latest profile picture, surely!

He’s credited with sparking a new wave of cryptopunks PFP among celebs and others by purchasing his punk in April 2021 for 55ETH (USD 127,717).

In 2021, Cryptopunk NFT image walks the red carpet in the world’s most popular entertainment event, “The Met Gala.”

And this is where it all began.

Alexis Ohanian, the co-founder of Reddit, was spotted on 13th September 2021 wearing a pin with the Cryptopunk logo.  This NFT Cryptopunk#2950 is his gift to his wife Serena Williams.

And there are more ways in which cryptopunks have been in the news since last year. The latest is, “CryptoPunk #5822 is listed as the most expensive NFT available in the 2023 version of the renowned encyclopedia.”

The collection, begun by Larva Labs and continued by Yuga Labs, is currently the most enduring in NFT history. Couldn’t get enough of these weird-looking punks with strange traits? Worry not; we got you covered.

With whooping sales of more than $100 million and growing, the most expensive CryptoPunk NFTs have brought attention to the market for blockchain-certified digital artwork.

Cryptopunk NFTs were developed in 2017 by Larva Labs. The punks include a variety of characters, including apes, zombies, aliens, and humans, with various traits that make them one of a kind.

Since the market has only 10,000 CryptoPunk NFTs, the heated battle for ownership of the most exclusive punks reflects in the rising price of the assets. As a result, Cryptopunk NFTs list some of the most expensive NFTs ever sold, surpassing their main rival, Bored Ape Yacht Club.

Hedge funds, businessmen, and celebrities have all purchased CryptoPunks. They have also appeared in auctions, and Christie’s is mainly linked with the growth of the punk market. What price range will collectors accept for a rare punk NFT avatar? Many refer to it as the first-ever PFP project. Even though this isn’t exactly the case, it’s the first non-fungible token to have such a devoted fanbase.

A collection of nine CryptoPunks went for $16.9 million at the house’s May auction.

CryptoPunk #6275’s most recent sale price was 1,319 ETH, or almost $5.12 million. One of the rarest 10,000 CryptoPunks, it is a member of the uncommon Zombie Punks. Among its characteristics are Shadow Beard and Dark Mohawk.

The first Zombie punk on the list. Sold only twice since it was claimed, this CryptoPunk has two attributes—a shadow beard and a dark mohawk—that have been sold. Strangely, both sales resulted in a $1.23M profit on the same day!

Ape CryptoPunk#2924 is more complex than you might think. This CryptoPunk has just one attribute the hoodie. This is the only ape with a hoodie attribute, even though there are only 24 ape punks, making them the second-rarest species after aliens. This punk has been transferred and bought several times over time.

Further, seedphrase.eth purchased it for $71,403 in November 2020. Surprisingly, Seedphrase is more famous for using CryptoPunk 8348, another punk PFP, which has 7 qualities (making it the only punk in the entire collection to have 7 traits), including the unique top hat, cigarette, large beard, classic shades, buck teeth, an earring, and a mole.

A Zombie CryptoPunks type, CryptoPunk #7252 sold for $5.33 million in its most recent transaction in August 2021. His characteristics include Crazy Hair, a Chinstrap, and a gold Earring.

Zombie CryptoPunk#7252, who had three characteristics—a chinstrap, an earring, and wild hair—was last sold to a venture capital firm called Dragonfly in August 2021 for $5.33M. From 2017 until August 2021, when the original owner decided to sell it for $2.53M, they kept it. This first purchaser demonstrates connections to Cozomo de’ Medici because subsequent punks purchased by this account were then transferred to a wallet with Cozomo’s well-known PFP, Punk#3831. Only 20 days later, it was sold once more for $5.33M.

CryptoPunk #5217 is distinguished with a red Knitted Cap and a Gold Chain. The second-highest-selling Ape Punk was purchased at $5.45 million. It belongs to a group comprising 169 Punks wearing gold chains and 419 Ape Punks sporting knitted caps.

CryptoPunk #8857, a Zombie-style punk with two owners so far, was sold for 2,000 ETH or $6.63 million. Along with 3D Glasses and Wild Hair, the Punk has a fantastic combo of characteristics.

Zombie CryptoPunk #8857 was last sold on September 11th, 2021, for $6.63M and has 2 attributes: Wild Hair and 3D Glasses. Only once has it been sold, on May 2nd 2018, for ETH2.50 ($1,717). Ser Shokunin is the current owner. After the purchase, it was moved to a different wallet with several Chain Runners and CrypToadz. There are no punks in either wallet, and neither wallet has ever purchased or sold another punk except for this one. The original seller coined a startling 140 CryptoPunks.

The rare CryptoPunks NFT Alien series, which includes nine CryptoPunks, also includes this one. He has only a white and blue headband as one of his features. The traits helped him break the previous record for the most-paid cryptopunk, CryptoPunk #7804. (4,200 ETH). This avatar had one of the simplest punk looks and was sold in 2017 for roughly $2000.

It has Small Shades, a Pipe, and the grey Cap Forward trait, just like the 254 other Punks in the collection. Since each character is uncommon and ideal for design, the price was further increased.

Ape CryptoPunk5577, which had only 1 characteristic—a cowboy hat—was auctioned in February 2022 for $7.7 million. This sale propels this buy into the top 3 sales despite costing only 2.5k ETH, a significant fraction of the other sales mentioned above, and ETH prices being over $3000 in February 2022. Owned initially by straybits.eth, a CryptoPunk “OG” who claimed numerous punks for free in 2017, this punk was never sold instead moved into various wallets

Simply sporting a bandana characteristic is the second most expensive Cryptopunks NFT. This is one of the 0.24% Ape Punks in the collection and was sold for 2,500 ETH in December 2021.

The NFT was formerly offered for sale for 650 ETH, which is less than one-third of its current price.

The most expensive CryptoPunk is #5822, which Chain CEO Deepak Thapliyal purchased for 8000 ETH, or $23.7 million. The digital avatar is wearing a blue bandana and is of the Alien kind, one of the most uncommon among CryptoPunks; only 0.09% of Punks possess this trait. Furthermore, just 5% of the treasures are covered with a bandana.

This Alien Punk sale took first place in terms of ETH spent and USD value, crushing all competition. Alien CryptoPunk5822, which has the one trait of a bandana, was last auctioned for $23.7M in February 2022. Deepak Thapliyal, CEO of Chain, is purchasing perhaps the most well-known punk in history (deepak.eth).

How Does NFT ‘Cryptopunks’ Work?

While every CryptoPunk is distinct, not all of them are equally valuable. The rarity of some punks’ typologies or traits and the prevalence of others are frequently reflected in their pricing.

Men, Women, Apes, Aliens, and Zombies are the five main categories of CryptoPunks. Along with these categories, cryptopunks are divided into groups based on the quantity and variety of the traits they display.

Punks can be classified as having:

Along with these, the following are some characteristics that set CryptoPunks apart:

The collectible is more interesting to collectors due to the intricate structure of general categories, subcategories, and qualities. This classification system, tied to various levels of rarity and a cast supply, has become a standard for other projects with similar goals because it is the first collection of PFP-type NFTs.

If you have our creative juices flowing and want to make some money out of it, you can indeed create NFT-like cryptopunks. The next big question is, “How?”

Well, here’s a quick guide on how to create NFT-like cryptopunks.

First thing first. Choose art that appeals to you. The kind of art you want to employ in your NFT must be well-thought and worked on because cryptopunks are frequently used as avatars and graphics.

Having some Ethers, or ETH, is the second requirement.  This is to help you enter the market and succeed in building a million-dollar NFT.

3. Decide on a Platform

Selecting a platform that aids in representing your NFTs is the next step. You cannot simply create an NFT and upload it anywhere online. With some homework, you can find popular platforms among your audience and upload your art there.

Connect your digital wallet to the platform in this phase. Once complete, mint your NFT and store your chosen artwork inside.

The audience that will buy your artwork and give you credit for it needs to see your artwork in its final form. Consequently, you can earn money from your artwork.

But yes, a little effort and a lot of creativity mixed with a pinch of quirkiness and taddaaang…You have your own NFT art that sells.

How to Decide to Buy Cryptopunks NFT?

Like Bored Apes NFT, even cryptopunk NFTs are rare and limited to 10,000.

A few things must be considered before deciding if this is the right moment to purchase CryptoPunks. Make your own choice using this checklist.

The situation of NFT Market

The NFT market is flourishing right now. If there is a correction in the market shortly, floor prices for NFTs, particularly CryptoPunks, will likely fall dramatically.

An individual owner can make money by purchasing CryptoPunks, but buying in quantity spreads the risk among the group. Additionally, consideration must be given to the profit distribution as well as the risk distribution.

CryptoPunks promises to continue offering benefits to NFT holders. The CryptoPunks proved that PFP is profitable and here to stay.

Wrapping It All Up!

Yes, CryptoPunks is another NFT group that has entered the market with some fantastic art pieces. Some of the artwork makes it difficult to fathom why someone would shell out such a high sum for something that appears to have been made by a four-year-old. There are, nevertheless, excellent works in circulation that are highly profitable.

Everything apart, if you are looking forward to building a CryptoPunk like NFT, then partner with us and our blockchain experts can help you through.

How are CryptoPunks so expensive?

Aside from a transfer charge, a CryptoPunk was initially free to get, but because to the digital pictures’ scarcity and the rising demand for NFTs, their price has skyrocketed.

Yuga Labs acquires CryptoPunks #3100 and Meebits and gives commercial rights to the community.

How much did Jay Z pay for his CryptoPunk?

Who owns the rarest CryptoPunk?

The iconic blue Alien Punk wearing a bandana was purchased by Deepak Thapliyal, CEO of Chain, a blockchain infrastructure business, in February for around $23.7 million. 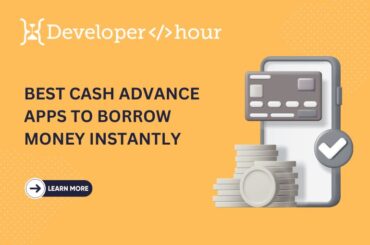 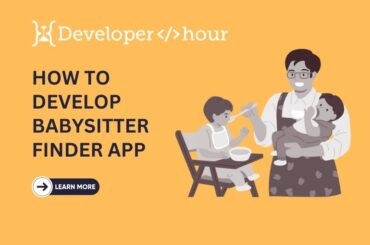